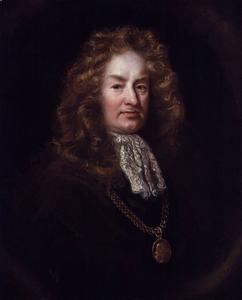 Elias Ashmole (; 23 May 1617 – 18 May 1692) was an English antiquary, politician, officer of arms, astrologer and student of alchemy. Ashmole supported the royalist side during the English Civil War, and at the restoration of Charles II he was rewarded with several lucrative offices. Ashmole was an antiquary with a strong Baconian leaning towards the study of nature. His library reflected his intellectual outlook, including works on English history, law, numismatics, chorography, alchemy, astrology, astronomy, and botany. Although he was one of the founding Fellows of the Royal Society, a key institution in the development of experimental science, his interests were antiquarian and mystical as well as scientific. He was an early freemason, although the extent of his involvement and commitment is unclear. Throughout his life he was an avid collector of curiosities and other artefacts. Many of these he acquired from the traveller, botanist, and collector John Tradescant the Younger. Ashmole donated most of his collection, his antiquarian library and priceless manuscripts to the University of Oxford to create the Ashmolean Museum.
Read more or edit on Wikipedia