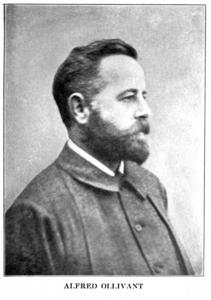 Alfred Ollivant (1874–1927) was an English novelist known best for his novel Owd Bob. Ollivant also published about a dozen other novels ranging from small-scale cautionary tales to grand historical stories. Alfred Ollivant was born in Nuthurst, Sussex, in 1874 and became an author after a horse-riding injury ended his brief military career. Owd Bob, his first novel, was published in 1898. Set in rural Cumbria, in northern England, the novel concerns a suspected sheepkilling collie, Bob. Even though most of the book's dialogue is written in the Cumbrian dialect, it became popular in the United States. Ollivant published a sequel, Danny, in 1902. He was also a short story contributor to the magazines The Atlantic Monthly and the Boston Evening Transcript. Alfred Ollivant died in London on 19 January 1927.
Read more or edit on Wikipedia 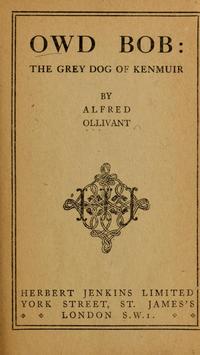