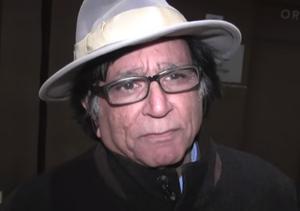 Ibn Warraq is the pen name of an anonymous author critical of Islam. He is the founder of the Institute for the Secularisation of Islamic Society and used to be a senior research fellow at the Center for Inquiry, focusing on Quranic criticism. Warraq is the Vice-President of the World Encounter Institute.Warraq has written historiographies of the early centuries of the Islamic timeline and has published works which question mainstream conceptions of the period. The pen name Ibn Warraq (Arabic: ابن وراق, most literally "son of a papermaker") is used due to his concerns for his personal safety; Warraq stated, "I was afraid of becoming the second Salman Rushdie." It is a name that has been adopted by dissident authors throughout the history of Islam. The name refers to the 9th-century skeptical scholar Abu Isa al-Warraq. Warraq adopted the pseudonym in 1995 when he completed his first book, entitled Why I Am Not a Muslim.Warraq's commentary on Islam has been criticized by academic specialists in Islamic history as polemical, overly revisionist and lacking in expertise, while others praised it as refreshing, well-researched, and mostly accurate.He is the author of nine books, including The Origins of the Koran (1998), The Quest for the Historical Muhammad (2000), What the Koran Really Says: Language, Text and Commentary (2002), Defending the West: A Critique of Edward Said's Orientalism (2007), Which Koran?: Variants, Manuscripts, and the Influence of Pre-Islamic Poetry (2008), Why the West Is Best: A Muslim Apostate's Defense of Liberal Democracy (2011) and Sir Walter Scott's Crusades & Other Fantasies (2013).
Read more or edit on Wikipedia