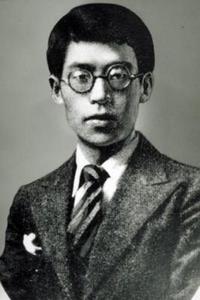 Atsushi Nakajima (中島 敦, Nakajima Atsushi, 5 May 1909 – 4 December 1942) was a Japanese author known for his unique style and self-introspective themes. His major works include "The Moon Over the Mountain" and "Light, Wind and Dreams" with the former being published in many Japanese textbooks.During his life he wrote about 20 works, including unfinished works, typically inspired by Classical Chinese stories and his own life experiences.
Read more or edit on Wikipedia