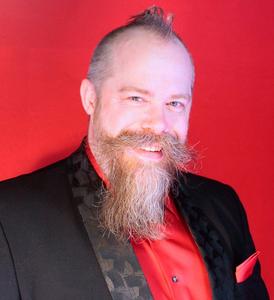 Andy Mangels (born December 2, 1966) is an American science fiction author who has written novels, comic books, and magazine articles, and produced DVD collections, mostly focusing on media in popular culture. As an openly gay man, he has been a longtime advocate for greater visibility of gay and lesbian characters in various media, especially comics, including the coordination and moderation of the annual "Gays in Comics" panel for Comic Con International since it was begun in 1988. He is the founder of an annual "Women of Wonder Day" event, which raised over $136,000 in funds for domestic violence shelters and related programs during its seven-year run. As of 2011 he has had three books on the USA Today "best-selling books" list.
Read more or edit on Wikipedia