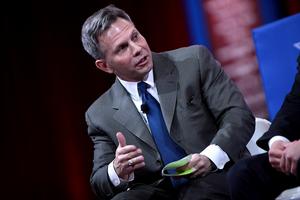 Anthony Shaffer (born 1962) is a retired U.S. Army Reserve lieutenant colonel who gained fame for his claims about mishandled intelligence before the September 11 attacks and for the censoring of his book, Operation Dark Heart. He is currently the president of the London Center for Policy Research. Shaffer enlisted in the Ohio Army National Guard in 1980 and graduated from Officer Candidate School in 1982. He received his B.A. in political science and environmental studies from Wright State University in 1986.
Read more or edit on Wikipedia