K-On! (けいおん!, Keion!) is a Japanese four-panel comic strip seinen manga written and illustrated by Kakifly. The manga was serialized in Houbunsha's manga magazine Manga Time Kirara between the May 2007 and October 2010 issues. It was also serialized in Houbunsha's magazine Manga Time Kirara Carat. The manga relaunched from April 2011 to June 2012 with two separate storylines published in Manga Time Kirara and Manga Time Kirara Carat. The manga is licensed in North America by Yen Press. A spin-off manga about a different band of high school girls, K-On! Shuffle, began serialization in July 2018. A 13-episode anime adaptation produced by Kyoto Animation aired in Japan between April and June 2009. An additional original video animation (OVA) episode was released in January 2010. A 26-episode second season, titled K-On!! (with two exclamation marks), aired in Japan between April and September 2010, with an OVA episode released in March 2011. An animated film based on the series was released in Japan on December 3, 2011. Bandai Entertainment had licensed the first season until their closure in 2012. Sentai Filmworks has since re-licensed the first season, in addition to acquiring the rights to the second season and film. The title of the series comes from the Japanese word keiongaku (軽音楽), which means popular music. K-On! has achieved strong sales in Japan, and by 2011 gross revenues had reached over ¥15 billion.
Read more or edit on Wikipedia

anime based on manga by Kakifly 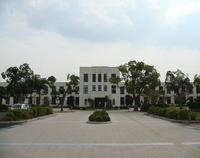 wd:Q5367176
more details add to my inventory
0 in your network
display more 2 add a work to this serie