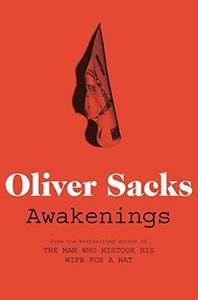 Awakenings is a 1973 non-fiction book by Oliver Sacks. It recounts the life histories of those who had been victims of the 1920s encephalitis lethargica epidemic. Sacks chronicles his efforts in the late 1960s to help these patients at the Beth Abraham Hospital (now Beth Abraham Health Services) in the Bronx, New York. The treatment used the then-new drug L-DOPA. In 1982, Sacks wrote: I have become much more optimistic than I was when I […] wrote Awakenings, for there has been a significant number of patients who, following the vicissitudes of their first years on L-DOPA, came to do – and still do – extremely well. Such patients have undergone an enduring awakening, and enjoy possibilities of life which had been impossible, unthinkable, before the coming of L-DOPA. The book inspired the 1982 play A Kind of Alaska by Harold Pinter, performed as part of a trilogy of Pinter's plays titled Other Places, and a documentary television episode, the pilot of the British television programme Discovery. It was also made into a 1990 Oscar-nominated film, Awakenings starring Robert De Niro and Robin Williams. The 1976 edition of the book is dedicated to the memory of poet W. H. Auden, and bears an extract from Auden's 1969 poem The Art of Healing: Prior to his 1973 death, Auden himself wrote: "Have read the book and think it a masterpiece".In 1974 the book won the Hawthornden Prize.
Read more or edit on Wikipedia