Barbara Elizabeth Thiering (15 November 1930 – 16 November 2015) was an Australian historian, theologian, and Biblical exegete specialising in the origins of the early Christian Church. In books and journal articles, she challenged Christian orthodoxy, espousing the view that new findings present alternative answers to its supernatural beliefs. Her analysis has been rejected by both New Testament scholars and scholars in Judaism.
Read more or edit on Wikipedia 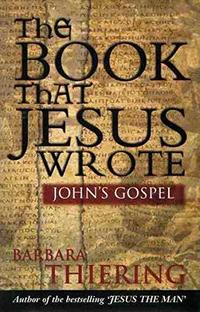 The Book that Jesus Wrote