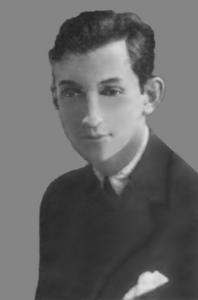 Edward Bartlett Cormack (March 19, 1898 - September 16, 1942) was an American actor, playwright, screenwriter, and producer best known for his 1927 Broadway play The Racket, and for working with Howard Hughes and Cecil B. DeMille on several films.
Read more or edit on Wikipedia