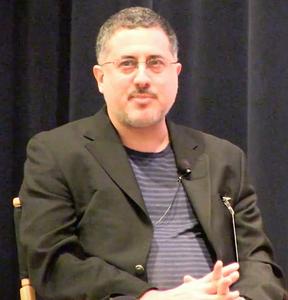 Barton David Gellman (born 1960) is an American author known for his reports on September 11 attacks, on Dick Cheney's vice presidency and on the global surveillance disclosure. Beginning in June 2013, he authored The Washington Post's coverage of the U.S. National Security Agency, based on top secret documents provided to him by ex-NSA contractor Edward Snowden. He published a book for Penguin Press on the rise of the surveillance-industrial state in May 2020.Gellman is based at the Century Foundation, where he is a senior fellow, and also holds an appointment as Visiting Lecturer and Author in Residence at Princeton University's Woodrow Wilson School of Public and International Affairs. From 2015–2017, Gellman was also a fellow at the Center for Information Technology Policy at Princeton.
Read more or edit on Wikipedia