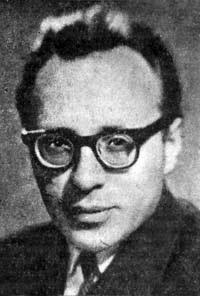 Anatoly Vasilievich Kuznetsov (Russian: Анато́лий Васи́льевич Кузнецо́в; August 18, 1929, Kyiv – June 13, 1979, London) was a Russian-language Soviet writer who described his experiences in German-occupied Kyiv during World War II in his internationally acclaimed novel Babi Yar: A Document in the Form of a Novel. The book was originally published in a censored form in 1966 in the Russian language.
Read more or edit on Wikipedia