Ben Karlin (born c. 1971) is an American television producer and writer. He has won eight Emmy awards, and is best known for his work in The Daily Show with Jon Stewart and The Colbert Report. He is one of three co-creators of The Colbert Report along with Stephen Colbert and Jon Stewart. Karlin left Comedy Central in December 2006. He has also been a writer for TV show Modern Family. Karlin will serve as producer, writer, and showrunner of a new TV series set within the Marvel Cinematic Universe titled Damage Control, based on the Marvel Comics' team with the same name. The series was set to premiere on ABC Network in 2017, but never aired.His book, released February 2008, is a collection of essays entitled Things I've Learned From Women Who've Dumped Me. It contains essays by Andy Richter, Will Forte, David Wain, Stephen Colbert, Patton Oswalt, Bob Odenkirk, and many others. Karlin is also the co-editor of America (The Book) alongside Jon Stewart and David Javerbaum. He wrote for Space Ghost: Coast to Coast and The Onion from 1993-1996.
Read more or edit on Wikipedia 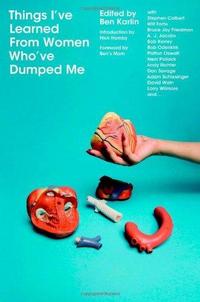