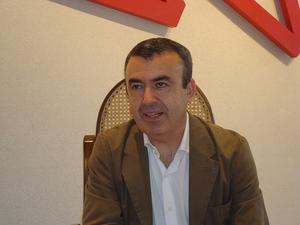 Lorenzo Manuel Silva Amador (born 7 June 1966 in Carabanchel, Madrid) is a Spanish award-winning writer. After earning a law degree at the Universidad Complutense of Madrid, he worked as a lawyer from 1992 to 2002. He has written stories, articles and literary essays, but he is recognised primarily for his novels. One such novel, El alquimista impaciente, won the Nadal Prize in 2000, and filmed by the director Patricia Ferrera, premiering in 2002. This is the second novel in which two of his best known characters, the Guardia Civil agents Sergeant Bevilacqua and Corporal Chamorro, make an appearance. Another of his novels, La flaqueza del bolchevique, was the runner-up for the prize in 1997, and has been adapted into a movie by Manuel Martín Cuenca. The same novel was translated into English in 2013 with the title The Faint-Hearted Bolshevik.In 2001, Silva conducted an interactive experiment of novel-writing through the website of Círculo de Lectores, in which he proposed for each chapter three possible endings that were put to popular vote. The experiment was a success, and the resulting novel, La isla del fin de la suerte, was published in traditional format.In October 2012, he was awarded the Premio Planeta de Novela for La Marca del meridiano.
Read more or edit on Wikipedia