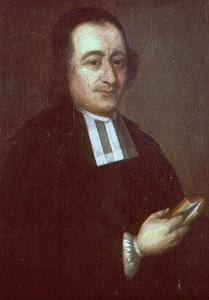 Anders Chydenius (Swedish: [ˈânːdɛʂ kʏˈděːnɪɵs]; 26 February 1729 – 1 February 1803) was a Finnish priest and a member of the Swedish Riksdag, and is known as the leading classical liberal of Nordic history. Born in Sotkamo, Finland (then part of Sweden) and having studied under Pehr Kalm at the Royal Academy of Åbo, Chydenius became a priest and Enlightenment philosopher. He was elected as an ecclesiastic member of the Swedish Riksdag of the Estates in 1765–66, in which his Cap party seized the majority and government and championed Sweden's first Freedom of the Press Act, the most liberal in the world along with those of Great Britain and the Seven United Provinces. Vehemently opposed to the extreme interventionist policies of mercantilism preached by the previously predominant Hat party since decades, he was ultimately coerced into retirement for his criticism of the Cap administration's radical deregulation policies and their social and political consequences. Following Gustav III's coup d'état in 1772, which meant the end of parliamentary rule for another century, Chydenius briefly returned to prominence and worked to increase civil liberties and economic freedom as part of Gustav's doctrine of enlightened despotism, and contributed the abolishment of torture as means of interrogation, the limitation of capital punishment, and the legalisation of Jewish and Catholic immigration into Sweden. Ultimately, the king's increasingly autocratic position brought Chydenius out of favour again, and he retired to private life in Ostrobothnia, where he died at age 73. An early pioneer—also by international standards—and proponent of economic liberalism, freedom of religion, freedom of speech and migration (writing a pamphlet on the invisible hand a decade before the publication of The Wealth of Nations) he was one of the first comprehensive philosophers of liberalism.
Read more or edit on Wikipedia