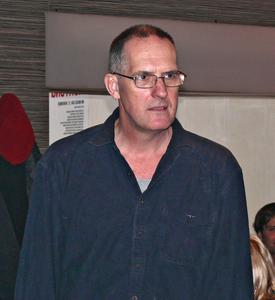 William Ernest Drummond (born 29 April 1953) is a Scottish artist, musician, writer and record producer. He was the co-founder of late 1980s avant-garde pop group The KLF and its 1990s media-manipulating successor, the K Foundation, with which he famously burned £1 million in 1994. More recent art activities, carried out under Drummond's chosen banner of the Penkiln Burn, include making and distributing cakes, soup, flowers, beds and shoe-shines. More recent music projects include No Music Day, and the international tour of a choir called The17. Drummond is the author of several books about art and music.
Read more or edit on Wikipedia