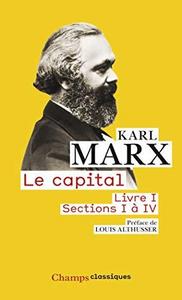 Capital. A Critique of Political Economy. Volume I: The Process of Production of Capital (German: Das Kapital. Kritik der politischen Ökonomie Erster Band. Buch I: Der Produktionsprocess des Kapitals) is a treatise of critique of political economy first published on 14 September 1867 by German philosopher and sociologist Karl Marx. The product of a decade of research and redrafting, the book applies class analysis to capitalism focusing upon production processes, making the capitalist mode of production historically specific. Particularly, the sources and forms of surplus value in the context of explaining the dynamics of capital accumulation characterizing economic development over a long period of time are key themes developed analytically throughout the work. These themes are developed on the basis of the abstract labour theory of value, which Marx presented differently across three editions in German and one in French. Among scholars, there exists controversy over whether the third German edition should be treated as the source for major English translations when the French translation was in fact Marx's last version. In all editions, Marx deploys logical, historical, literary and other illustrative strategies to facilitate delivery of the book's complex and frequently metatheoretical arguments.
Read more or edit on Wikipedia