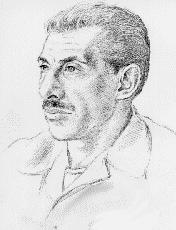 Idries Shah (; Hindi: इदरीस शाह, Pashto: ادريس شاه, Urdu: ادریس شاه; 16 June 1924 – 23 November 1996), also known as Idris Shah, né Sayed Idries el-Hashimi (Arabic: سيد إدريس هاشمي) and by the pen name Arkon Daraul, was an author and thinker, and a teacher in the Sufi tradition. Shah wrote over three dozen books on topics ranging from psychology and spirituality to travelogues and culture studies. Born in British India, the descendant of a family of Afghan nobles on his father's side and a Scottish mother, Shah grew up mainly in England. His early writings centred on magic and witchcraft. In 1960 he established a publishing house, Octagon Press, producing translations of Sufi classics as well as titles of his own. His seminal work was The Sufis, which appeared in 1964 and was well received internationally. In 1965, Shah founded the Institute for Cultural Research, a London-based educational charity devoted to the study of human behaviour and culture. A similar organisation, the Institute for the Study of Human Knowledge (ISHK), was established in the United States under the directorship of Stanford University psychology professor Robert Ornstein, whom Shah appointed as his deputy in the U.S. In his writings, Shah presented Sufism as a universal form of wisdom that predated Islam. Emphasizing that Sufism was not static but always adapted itself to the current time, place and people, he framed his teaching in Western psychological terms. Shah made extensive use of traditional teaching stories and parables, texts that contained multiple layers of meaning designed to trigger insight and self-reflection in the reader. He is perhaps best known for his collections of humorous Mulla Nasrudin stories. Shah was at times criticized by orientalists who questioned his credentials and background. His role in the controversy surrounding a new translation of the Rubaiyat of Omar Khayyam, published by his friend Robert Graves and his older brother Omar Ali-Shah, came in for particular scrutiny. However, he also had many notable defenders, chief among them the novelist Doris Lessing. Shah came to be recognized as a spokesman for Sufism in the West and lectured as a visiting professor at a number of Western universities. His works have played a significant part in presenting Sufism as a form of spiritual wisdom approachable by individuals and not necessarily attached to any specific religion.
Read more or edit on Wikipedia