Harold Adams Innis (1894–1952) was a Canadian professor of political economy at the University of Toronto and the author of seminal works on media, communication theory, and Canadian economic history. Despite his dense and difficult prose, Innis was one of Canada's most original thinkers. He helped develop the staples thesis, which holds that Canada's culture, political history, and economy have been decisively influenced by the exploitation and export of a series of "staples" such as fur, fishing, lumber, wheat, mined metals, and coal. The staple thesis dominated economic history in Canada 1930s–1960s, and continues to be a fundamental part of the Canadian political economy tradition.Innis's writings on communication explore the role of media in shaping the culture and development of civilizations. He argued, for example, that a balance between oral and written forms of communication contributed to the flourishing of Greek civilization in the 5th century BC. He warned, however, that Western civilization is now imperiled by powerful, advertising-driven media obsessed by "present-mindedness" and the "continuous, systematic, ruthless destruction of elements of permanence essential to cultural activity." His intellectual bond with Eric A. Havelock formed the foundations of the Toronto School of communication theory, which provided a source of inspiration for future members of the school: Marshall McLuhan and Edmund Snow Carpenter.Innis laid the basis for scholarship that looked at the social sciences from a distinctly Canadian point of view. As the head of the University of Toronto's political economy department, he worked to build up a cadre of Canadian scholars so that universities would not continue to rely as heavily on British or American-trained professors unfamiliar with Canada's history and culture. He was successful in establishing sources of financing for Canadian scholarly research.As the Cold War grew hotter after 1947, Innis grew increasingly hostile to the United States. He warned repeatedly that Canada was becoming a subservient colony to its much more powerful southern neighbor. "We are indeed fighting for our lives," he warned, pointing especially to the "pernicious influence of American advertising.... We can only survive by taking persistent action at strategic points against American imperialism in all its attractive guises." His views influenced some younger scholars, including Donald Creighton.Innis also tried to defend universities from political and economic pressures. He believed that independent universities, as centres of critical thought, were essential to the survival of Western civilization. His intellectual disciple and university colleague, Marshall McLuhan, lamented Innis's premature death as a disastrous loss for human understanding. McLuhan wrote: "I am pleased to think of my own book The Gutenberg Galaxy as a footnote to the observations of Innis on the subject of the psychic and social consequences, first of writing then of printing."
Read more or edit on Wikipedia 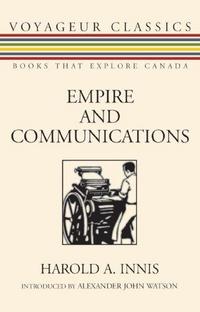 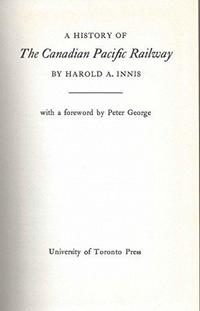 History of the Canadian Pacific Railway 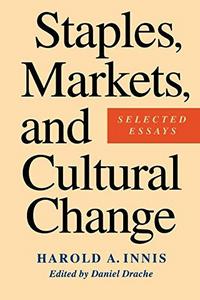 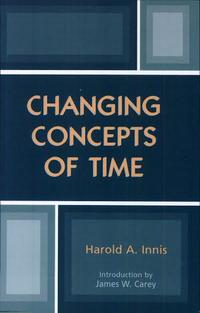 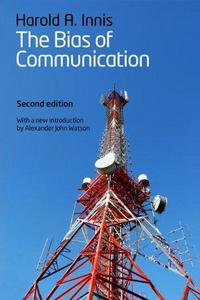 The Bias of Communication 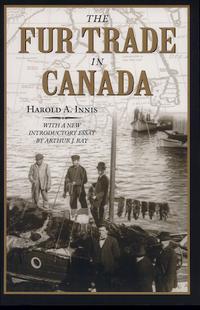 The Fur Trade in Canada