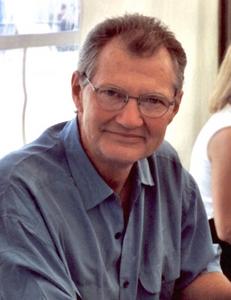 Andrew Jordt Robinson (born February 14, 1942) is an American character actor and the former director of the Master of Fine Arts acting program at the University of Southern California. Originally a stage actor, he works predominantly in supporting roles on television and in low-budget films. He is known for his portrayals of the serial killer Scorpio in the crime film Dirty Harry (1971), Larry Cotton in the horror film Hellraiser (1987), and Elim Garak in the television series Star Trek: Deep Space Nine (1993–1999). He and his wife Irene have a daughter, actress Rachel Robinson, who appeared in Deep Space Nine episode "The Visitor".
Read more or edit on Wikipedia