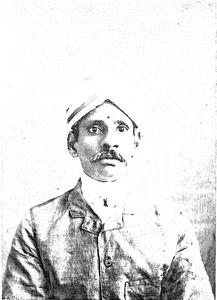 Chilukulri Veerabhadra Rao was an Indian historian. Rao was born in Relangi village of West Godavari District of Andhra Pradesh in 1872. He worked for several journals, including Desopakari, Andhra Desaabhimani, Vibhudaranjani, Aandhra kesar and Satyavaadi. During 1909–1912, Rao lived in Chennai and wrote a five-volume History of Andhras, which is a first. Andhra Mahasabha recognised his contribution with a title called "Chaturanana" (meaning creator of History). Rao died in 1939.
Read more or edit on Wikipedia