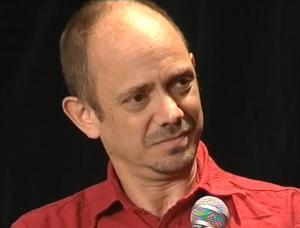 Damon Galgut (born 12 November 1963) is a South African novelist and playwright. He was awarded the 2021 Booker Prize for his novel The Promise. He was previously shortlisted in 2003 and 2010 for the Booker Prize.
Read more or edit on Wikipedia