Budge Marjorie Wilson (née Archibald; May 2, 1927 – March 19, 2021) was a Canadian writer. She was noted for her work in children's literature. Wilson started her career in writing in her fifties. Her first book was published in 1984, when she was 56. In total she wrote more than thirty books, mostly children's books, won several awards, and was a recipient of the Order of Canada and the Order of Nova Scotia.
Read more or edit on Wikipedia 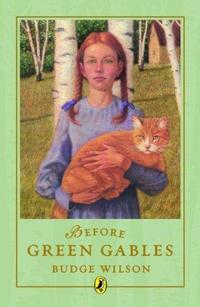