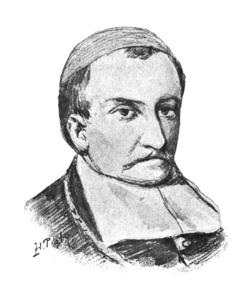 Gallus Anonymus (Polonized variant: Gall Anonim) is the name traditionally given to the anonymous author of Gesta principum Polonorum (Deeds of the Princes of the Poles), composed in Latin between 1112 and 1118. Gallus is generally regarded as the first historian to have described the history of Poland. His Chronicles are an obligatory text for university courses in Polish history. Very little is known of the author himself and it is widely believed that he was a foreigner.
Read more or edit on Wikipedia