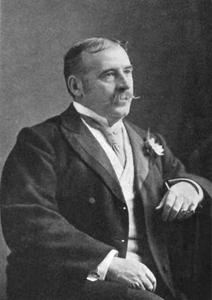 Clement William Scott (6 October 1841 – 25 June 1904) was an influential English theatre critic for The Daily Telegraph and other journals, and a playwright, lyricist, translator and travel writer, in the final decades of the 19th century. His style of criticism, acerbic, flowery and (perhaps most importantly) carried out on the first night of productions, set the standard for theatre reviewers through to today. Scott accumulated enemies among theatre managers, actors and playwrights as years went on, picking quarrels with William Archer, Ibsen, George Bernard Shaw and others. After he gave a particularly ill-considered 1898 interview, in which he attacked the morals of theatre people, especially actresses, he was forced to retire as a theatre critic and his reputation and prospects suffered badly until, by the end of his life, he was impoverished.
Read more or edit on Wikipedia