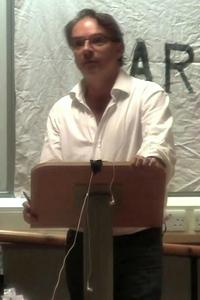 Orlando Guy Figes is a British historian and writer known for his works on Russian and European history. He is Professor of History at Birkbeck College, University of London. Figes is known for his works on Russian history, such as A People's Tragedy (1996), Natasha's Dance (2002), The Whisperers: Private Life in Stalin's Russia (2007), Crimea (2010) and Just Send Me Word (2012), as well as books on European history, such as The Europeans (2019). A People's Tragedy is a study of the Russian Revolution, and combines social and political history with biographical details in a historical narrative. He serves on the editorial board of the journal Russian History, writes for the international press, broadcasts on television and radio, reviews for The New York Review of Books, and is a fellow of the Royal Society of Literature.His books have been translated into over thirty languages
Read more or edit on Wikipedia