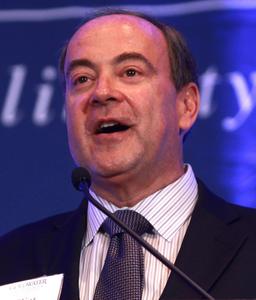 Clint Bolick (born December 26, 1957) is an Associate Justice of the Arizona Supreme Court. Previously, he served as Vice President of Litigation at the conservative/libertarian Goldwater Institute. He co-founded the libertarian Institute for Justice, where he was the Vice President and Director of Litigation from 1991 until 2004. He led two cases that went before the Supreme Court of the United States. He has also defended state-based school choice programs in the Supreme Courts of Wisconsin and Ohio.
Read more or edit on Wikipedia