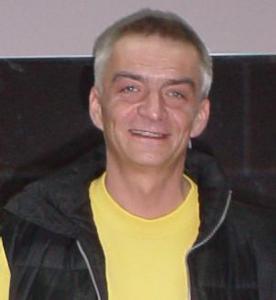 Andrzej Ziemiański, also known as Patrick Shoughnessy (born 17 February 1960), is a Polish author of fantasy, science fiction, thriller and crime, who by 2012 have sold over 500,000 copies of his books. Ziemiański was educated as an architect and he holds a PhD in architecture. Ziemiański is best known for his epic fantasy/sci-fi series Achaia. His Achaia series was deemed to be one of the most important novels in modern Polish fantasy and it was called by Science Fiction magazine a series, which started a new era. Ziemiański fashioned a world that transgressed the border between life and fiction. The main protagonist of the series, Achaia, became synonymous with a certain type of female character and numerous readers identified with her. The novel entered Polish fantasy canon, and the author became one of the most recognizable brands in the Polish publishing market. His novels and short stories often top bestseller lists and popularity rankings. The author has been called the creator of "Polish urban fantasy" genre.He was one of the creators and the first chief editor of Fahrenheit, the first Polish Internet science fiction fanzine.
Read more or edit on Wikipedia