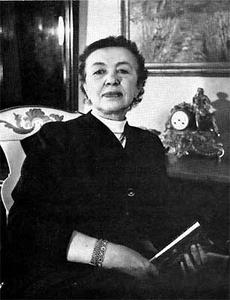 Stina Aronson (1892–1956) was a Swedish writer. Considered a modernist, she gained fame with her novel Hitom himlen (This Side of Heaven) (1946) in which she portrayed women farmers in the north of Sweden.
Read more or edit on Wikipedia