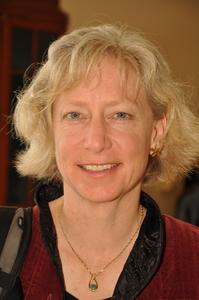 Gretchen C. Daily (born October 19, 1964) is an American environmental scientist and tropical ecologist. She has contributed to understanding humanity's dependence and impacts on nature, and to advancing a systematic approach for valuing nature in policy, finance, management, and practice around the world. Daily is co-founder and faculty director of the Natural Capital Project, a global partnership that aims to mainstream the values of nature into decision-making of people, governments, investors, corporations, NGOs, and other institutions. Together with more than 300 partners worldwide, the Project is pioneering science, technology, and scalable demonstrations of inclusive, sustainable development. Based at Stanford University, Daily is the Bing Professor of Environmental Science in the Department of Biology at Stanford University, the director of the Center for Conservation Biology at Stanford, and a senior fellow at the Stanford Woods Institute for the Environment. Daily is an elected fellow of the U.S. National Academy of Sciences, the American Academy of Arts and Sciences and the American Philosophical Society. Daily is a former board member of the Beijer Institute for Ecological Economics at the Royal Swedish Academy of Sciences and of The Nature Conservancy.
Read more or edit on Wikipedia