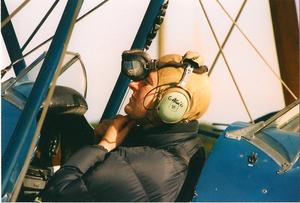 Patrick French (born 1966) is a British writer, historian and academician. He was educated at the University of Edinburgh where he studied English and American literature, and received a PhD in South Asian Studies. He was appointed as the inaugural Dean of the School of Arts and Sciences at Ahmedabad University in July 2017. French is the author of several books including: Younghusband: the Last Great Imperial Adventurer (1994), a biography of Francis Younghusband; The World Is What It Is (2008), an authorised biography of Nobel Laureate V. S. Naipaul which won the National Book Critics Circle Award in the United States of America; and India: A Portrait (2011). During the 1992 general election, French was a Green Party candidate for Parliament. He has sat on the executive committee of Free Tibet, a Tibet Support Group UK, and was a founding member of the inter-governmental India-UK Round Table.
Read more or edit on Wikipedia