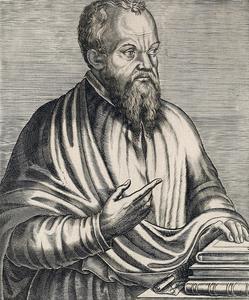 André Thevet (; French: [təvɛ]; 1516 – 23 November 1590) was a French Franciscan priest, explorer, cosmographer and writer who travelled to the Near East and to South America in the 16th century. His most significant book was The New Found World, or Antarctike, which compiled a number of different sources and his own experience into what purported to be a firsthand account of his experiences in France Antarctique, a French settlement near modern Rio de Janeiro.
Read more or edit on Wikipedia