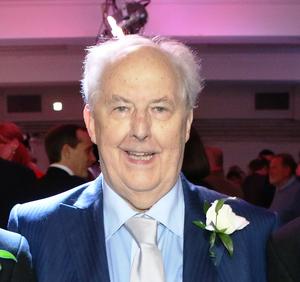 David Benjamin Rees (born Llanddewi Brefi, Wales, 1937) is a Welsh and English-language publisher, author, lecturer and minister in the Presbyterian Church of Wales since 1962. He is a leader of the Welsh community in Liverpool, and heads one of the city's five remaining Welsh chapels. His small publishing house, Modern Welsh Publications Ltd, was established in 1963 and from 1963 to 1968 it operated from Abercynon in the Cynon Valley of South Wales. Since 1968 it has operated from Allerton, Liverpool and is the only Welsh language publishing house still operating in the city of Liverpool.
Read more or edit on Wikipedia