David Edmonds (born 1964) is a radio feature maker at the BBC World Service. He studied at Oxford University, has a PhD in philosophy from the Open University and has held fellowships at the University of Chicago and the University of Michigan. Edmonds is the author of Caste Wars: A Philosophy of Discrimination and co-author with John Eidinow of Wittgenstein's Poker: The Story of a Ten-Minute Argument Between Two Great Philosophers and Bobby Fischer Goes to War: How the Soviets Lost the Most Extraordinary Chess Match of All Time. With Nigel Warburton he produces the popular podcast series Philosophy Bites.He also presents the Philosophy 24/7 podcast series produced by Hugh Fraser of the Storynory podcast, and consults with Michael Chaplin on the BBC radio plays The Ferryhill Philosophers. He has also written a book on the trolley problem, entitled Would You Kill the Fat Man?. In this he outlines the problem and several of its variations, providing a rounded view on the trolley problem whilst analysing many ethical theories and how they would respond to the trolley problem.
Read more or edit on Wikipedia 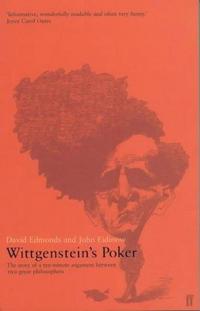 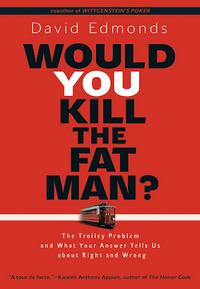 Would you kill the fat man? : the trolley problem and what your answer tells us about right and wrong