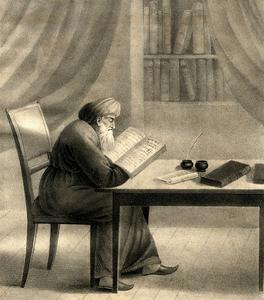 Isaac ben Jacob Alfasi ha-Cohen (1013–1103) (Hebrew: ר' יצחק אלפסי‎, Arabic: إسحاق الفاسي‎) - also known as the Alfasi or by his Hebrew acronym Rif (Rabbi Isaac al-Fasi), was an Algerian Talmudist and posek (decider in matters of halakha - Jewish law). He is best known for his work of halakha, the legal code Sefer Ha-halachot, considered the first fundamental work in halakhic literature. His name "Alfasi" means "of Fez" in Arabic, but opinions differ as to whether he ever lived in Fez.
Read more or edit on Wikipedia 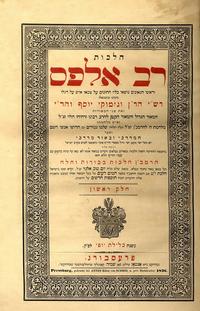