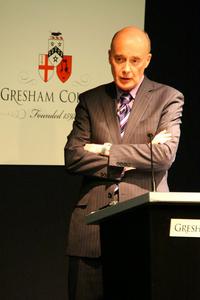 David Reynolds, (born 17 February 1952) is a British historian. He is Emeritus Professor of International History at Cambridge University and a Fellow of Christ's College, Cambridge. He attended school at Dulwich College on a scholarship and studied at Cambridge and Harvard Universities. He has held visiting posts at Harvard, Nebraska and Oklahoma, as well as at Nihon University in Tokyo and Sciences Po in Paris. Reynolds was awarded the Wolfson History Prize, 2005, and elected a Fellow of the British Academy in 2005. His research and writing specialise in the two world wars and the Cold War. He served as Chairman of the History Faculty at Cambridge in 2013-15 and retired from University teaching in 2019. He has served on academic advisory boards for the redevelopment of the Imperial War Museum First World War Galleries (2011-14) and Second World War Galleries (since 2016). In 2021, he succeeded Roger Knight as President of Cambridge University Cricket Club.
Read more or edit on Wikipedia