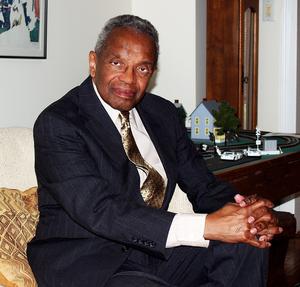 Derrick Albert Bell Jr. (November 6, 1930 – October 5, 2011) was an American lawyer, professor, and civil rights activist. Bell worked for first the U.S. Justice Department, then the NAACP Legal Defense Fund, where he supervised over 300 school desegregation cases in Mississippi. After working as a prominent civil rights lawyer for almost a decade, Bell had a long academic career lasting the rest of his life. He started teaching at USC Law School, then moved to Harvard Law School where he became the first tenured African-American professor of law in 1971. Alongside his teaching work, he developed important scholarship, writing many articles and multiple books using a legal lens to examine racism. Bell raised questions about civil-rights advocacy approaches, partially stemming from frustrations in his own experiences as a lawyer. Bell is often credited as one of the originators of critical race theory along with Richard Delgado, Charles Lawrence, Mari Matsuda, and Patricia Williams.He was a visiting professor at New York University School of Law from 1991 until his death. He was also a dean of the University of Oregon School of Law.
Read more or edit on Wikipedia