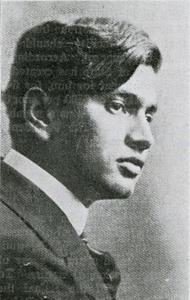 Dhan Gopal Mukerji (Bengali: ধন গোপাল মুখোপাধ্যায় Dhan Gōpāl Mukhōpādhyāy.) (6 July 1890 – 14 July 1936) was the first successful Indian man of letters in the United States and won a Newbery Medal in 1928. He studied at Duff School (now known as Scottish Church Collegiate School), and at Duff College, both within the University of Calcutta in India, at the University of Tokyo in Japan and at the University of California, Berkeley and Stanford University in the US.
Read more or edit on Wikipedia

Gay Neck, the Story of a Pigeon