Donovan James Webster (January 13, 1959 – July 4, 2018) was an American journalist, author, film-maker, and humanitarian. A former senior editor for Outside magazine, his work appeared in The New Yorker, National Geographic, Smithsonian, Vanity Fair, Men's Health, Garden & Gun, and The New York Times Magazine, among other publications. He was also an advisory board member of the National Geographic Society, the interim editor of the Virginia Quarterly Review, and a lecturer in the Department of Honors Media Studies at the University of Virginia. He lived outside Charlottesville, Virginia.
Read more or edit on Wikipedia 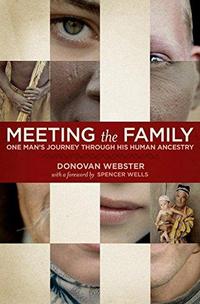