Dru Pagliassotti is an author of fantasy literature and the editor of The Harrow online magazine.Her first published novel was Clockwork Heart, a steampunk fantasy novel about an Icarus-winged heroine, Taya, who stumbles into a murder mystery when she rescues a high caste official of the layered City of Ondinium. The novel, published by Juno Books in April 2008, received an excellent review from Drew Bittner of SFRevu. Pagliassotti's writing was compared to the work of China Miéville and D. M. Cornish. and the novel was translated to French and German. Pagliassotti was then signed to a trilogy deal with Hades Publications which included a republishing of Clockwork Heart under the EDGE imprint in September 2013, followed by Iron Wind in March 2014, and Heavy Fire in September 2014. Since 1998 Pagliassotti has been the editor in chief and publisher of The Harrow and owner of The Harrow Press. The Harrow was a peer reviewed online literary magazine designed to support new writers as they develop their careers. The magazine published two anthologies of horror fiction.Pagliassotti is also a professor in the communication department of California Lutheran University, where xe researches yaoi or "boys' love" fiction (manga, anime, visual novels and dōjinshi) from Japan.In 2009, Pagliassotti was named one of the Year's Best Fantasy writers, qualifying her story "Bookmarked" to be published in the 21st edition of The Year's Best Fantasy & Horror.
Read more or edit on Wikipedia 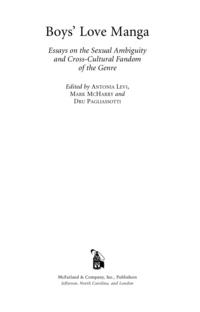