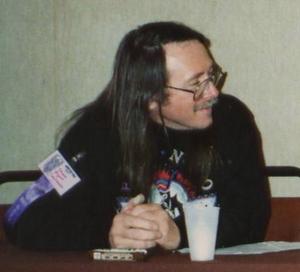 Edward Winslow Bryant Jr. (August 27, 1945 – February 10, 2017) was an American science fiction and horror writer sometimes associated with the Dangerous Visions series of anthologies that bolstered The New Wave. At the time of his death, he resided in North Denver.
Read more or edit on Wikipedia