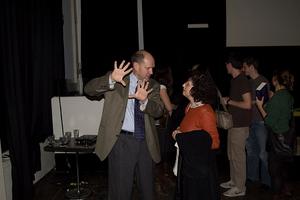 Stephen Martin Walt (born July 2, 1955) is the Robert and Renee Belfer Professor of International relations at the Harvard Kennedy School at Harvard University and a political scientist.A member of the realist school of international relations, Walt has made important contributions to the theory of defensive neorealism and has authored the balance of threat theory. Books that he has authored or coauthored include Origins of Alliances, Revolution and War, and The Israel Lobby and U.S. Foreign Policy.
Read more or edit on Wikipedia