Ellis Weiner (born 31 October 1950) is an author and humorist who has previously worked as an editor of National Lampoon and a columnist for Spy Magazine. His humor has also appeared in The New Yorker , Paris Review, and The New York Times Magazine. Weiner was raised in Pikesville, Maryland. He attended Wellwood Elementary School, Sudbrook Junior High, Pikesville High School and the University of Pennsylvania. In college, he played drums and sang in a rock band called Droylesden Wake. His first produced work was the 1967 Pikesville High Junior Play, an original parody using music from H.M.S. Pinafore and other Gilbert and Sullivan operas. Weiner was a split end in the Development Football League from 1961 to 1964 with the Summit Park Colts Association (SPCA). He works regularly as an editor and ghostwriter for Kevin Anderson & Associates Inc.
Read more or edit on Wikipedia 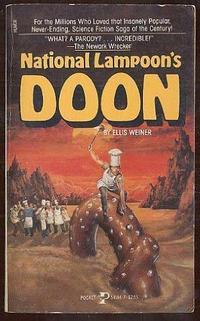