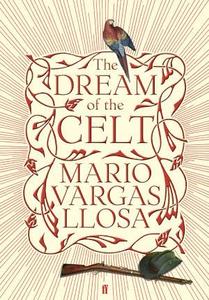 The Dream of the Celt

The Dream of the Celt (Spanish: El sueño del celta) is a novel written by Peruvian writer and 2010 Nobel laureate in literature Mario Vargas Llosa. The novel was presented to the public November 3, 2010 during a special ceremony held in the Casa de América museum and cultural center in Madrid, that same day it appeared in bookstores. It has been a bestseller in Spain and was the most popular title at the XXIV Feria Internacional del Libro de Guadalajara. It appeared in English in 2012.The book is a novelization of the life of Anglo-Irish diplomat-turned-Irish nationalist Roger Casement (1864-1916). The title is itself the title of a poem written by the subject. The Nobel Prize committee in announcing Vargas Llosa's selection in the following fashion: "[it is] for his cartography of structures of power and his trenchant images of the individual's resistance, revolt, and defeat," seemed to simultaneously anticipate and chart the author's course in his latest work, while clearly referencing some of his most acclaimed earlier novels.Though remembered mainly in the Irish context, Roger Casement for a time played an important role in the history of Peru, Llosa's own country - helping to expose and put an end to terrible exploitation of Native Americans in Peru's Amazon region.
Read more or edit on Wikipedia