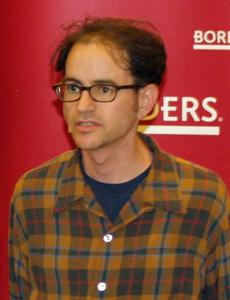 Eric Drysdale (born March 20, 1969) is a writer for The Colbert Report, The Daily Show, The Late Show with Stephen Colbert, and Full Frontal with Samantha Bee. He has been nominated for twenty-one Emmys and won ten. In addition to TV writing, Drysdale has written and produced live shows at the Upright Citizens Brigade Theatre, and also performs stand-up.
Read more or edit on Wikipedia