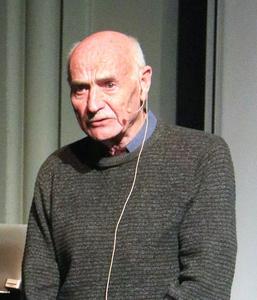 Eric Jones (born 1935) is a Welsh solo climber, skydiver and BASE jumper. He is best known for the first British solo ascent of the north face of the Eiger in 1981, and for his climbs on the Matterhorn and South Col on Mount Everest. In 1986, he became the first person to BASE jump from the Eiger.
Read more or edit on Wikipedia