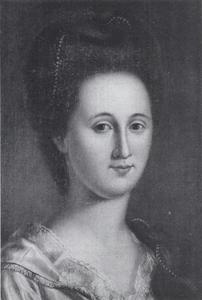 Esther de Berdt Reed (October 22, 1746 – September 18, 1780) was active in the American Revolutionary War as a civic leader for soldiers' relief, who formed and led the Ladies Association of Philadelphia to provide aid for George Washington's troops during the war.
Read more or edit on Wikipedia

The Sentiments of an American Woman

pamphlet about women's role in the US RevolutionaryWar