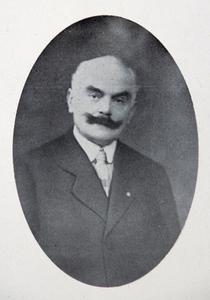 Eugène Barthe (1862–1945) was a French entomologist. While living in Vienne (Isère), he created the journal Miscellanea Entomologica. In 1918, he moved into his father's house in Castanet-Tolosan (Haute-Garonne), where a street was later named in his honour. As well as editing the journal, he also wrote several books which act as supplements to the journal. These covered the beetle fauna of France and the Rhine Valley.
Read more or edit on Wikipedia