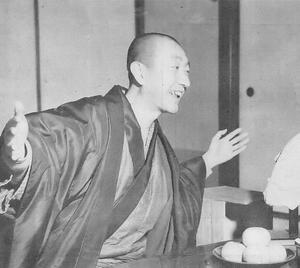 Wu Qingyuan (Chinese: 吳清源) (June 12, 1914 – November 30, 2014), better known by the Japanese pronunciation of his name, Go Seigen (ご せいげん), was a Chinese-born Japanese master of the game of Go. He is considered by many players to have been the greatest Go player in the 20th century.
Read more or edit on Wikipedia