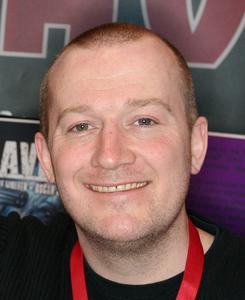 Garth Ennis (born January 16, 1970) is a Northern Irish-American comics writer, best known for the Vertigo series Preacher with artist Steve Dillon, his nine-year run on Marvel Comics' Punisher franchise, and The Boys with artist Darick Robertson. He has collaborated with artists such as Dillon and Glenn Fabry on Preacher, John McCrea on Hitman, Marc Silvestri on The Darkness, and Carlos Ezquerra on both Preacher and Hitman. His work has won him recognition in the comics industry, including nominations for the Comics Buyer's Guide Award for Favorite Writer in 1997, 1998, 1999, and 2000.
Read more or edit on Wikipedia